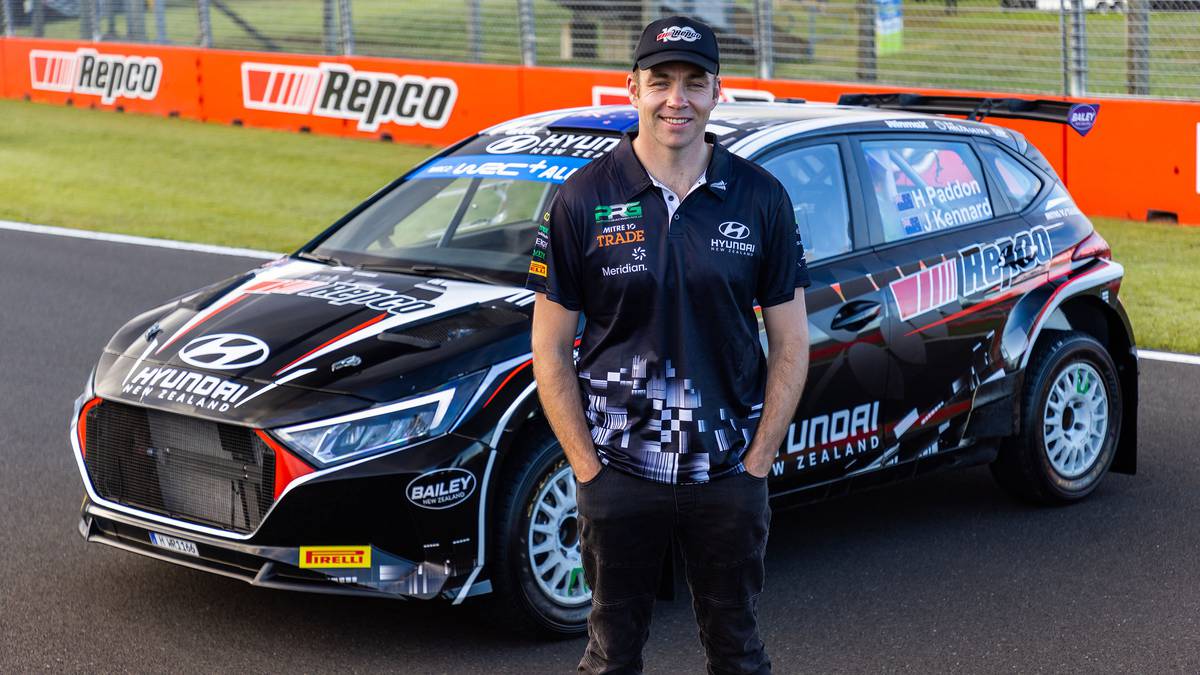 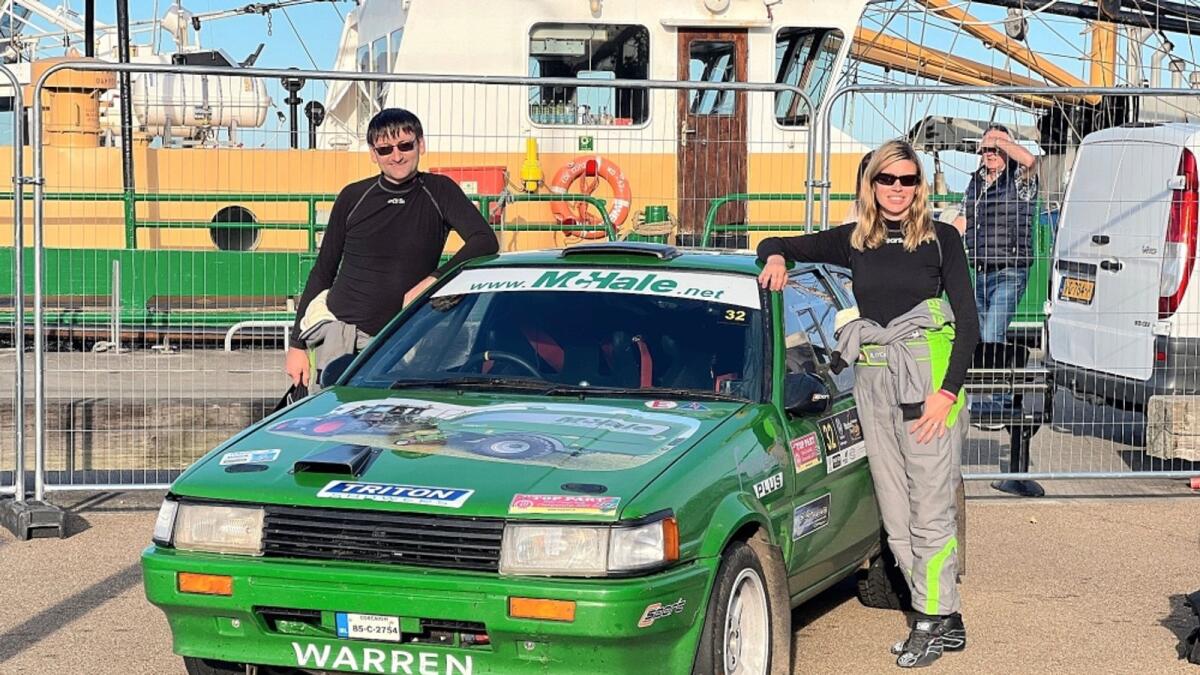 Rallying as a motor sport has been around almost as long as the automobile itself. For over fifty years, the World Rally Championship has been the premier forum for manufacturers to compete in the sport. Access rules have changed significantly over the decades, most notably with the deletion of the Group B category following a series of fatal accidents. Many automakers have attempted to build vehicles capable of surpassing the WRC podium, with even brands such as Porsche and Ferrari at times throwing their hats in the ring.

RELATED: Here’s why WRC 2022 could be the most exciting season in decades

With so many cool rally cars made over the years, it’s no surprise that some of them have been forgotten. Some were simply overshadowed by other competitors from their time, some were innovative but ultimately flawed, and some didn’t get a chance to compete at all. Any self-respecting rally fan will be aware of the legacy of cars like the Subaru Impreza and Lancia Stratos, but most people won’t even remember these ten cars existed.

In the heyday of Group B, French automaker Citroën wanted to get into the title race but had a significantly tighter budget than many of its rivals. They chose to base their competition car on top of their BX road car, and thanks to their lack of funds, the competition car didn’t get too much additional development.

Heavier and less powerful than many of its competitors, it only finished three rallies before Group B was canceled in 1987. Citroën attempted to buy back its BX rally cars from private teams after Group B was scrapped to destroy them and forget the whole saga. But the brave few that survived are a cool reminder that Citroën’s first attempt at rallying was a far cry from its later successes.

Hyundai has been one of the most competitive teams in WRC for years, only losing the overall title in 2021 thanks to a series of bad luck and sheer determination from rival Toyota. But in the early days of the competition, the Accent WRC was the brand’s best hope.

Much like Citroën in its early days, the first Hyundai team was constrained by a small budget. Despite this, they managed to get some notable drivers behind the wheel, including four-time world champion Juha Kankkunen and former Group A champion Kenneth Eriksson.

Porsche hasn’t competed in WRC at works level for decades, but they were tantalizingly close to confirming a return when they unveiled their Cayman GT4 Clubsport rally car in the 2018 season. The car even completed a full exhibition run of the Rallye Deutschland, but not much was heard about the car after that.

In 2020, Porsche confirmed the car would be available for private buyers to compete in the R-GT category, which was good news but a far cry from the factory-backed team announcement that many fans had been hoping for. All of Porsche’s plans to re-enter the top flight of the sport are understood to have been dashed by the Covid pandemic.

The production X1/9 was a lightweight two-seater sports car manufactured by Fiat between 1972 and 1982. The company developed a prototype built to Group 4 specifications in the mid-1970s and its first test runs were very successful.

Test drivers were impressed with the car’s handling and performance, but Fiat ultimately decided not to enter the car into the competition. It’s unclear how many of the original Group 4 prototypes survive to this day, however at least one survives and has recently been sold by a classic car dealer.

Alfa Romeo’s first attempt at building a Group B car, the Alfasud Sprint 6C was a project full of potential, but never got off the ground. Originally unveiled at a press event at the Monza circuit in 1982, only two prototypes were believed to have been built.

It is believed that one of the reasons Alfa decided not to go ahead with the 6C is that homologation rules at the time would have required 200 roadgoing examples to be built and financial worries meant this could not happen. So this V6 widebody version of the popular Alfasud forever remained a prototype that never really saw a competitive stage.

Everyone loves an underdog and the Nissan 240 RS was just that. It’s another forgotten car that hails from the Group B era of rallying and despite its relatively underpowered output of just 270hp it was in both the WRC and also remarkably competitive in national rallies.

It achieved multiple podiums in the WRC in the three years it competed, as well as national championship victories in Kenya, Great Britain, Greece and Cyprus. Very few of these competition cars survive today, with most years having met a shaky end after their glory days in local rallies.

One of the strangest British-made rally cars of all time, The 6R4 was an insane 400hp monster with almost nothing in common with the car it’s based on, the MG Metro. Its unique bodywork and uncompromising approach to rallying made it a star almost immediately after its debut, but it was not to last.

The car was introduced in 1985 but after the 1986 season Group B was banned and the 6R4 could no longer compete. It made a name for itself as a force to be reckoned with on the burgeoning rallycross circuit, but it never really got a chance to shine in the premier league of rallying competition.

The Mercedes-Benz 190E might not be the most obvious candidate for a rally car, but that didn’t stop the company from trying. Mercedes was originally intended to develop the 190E into a world-class racing car, but after initial testing it became clear that the big, chunky sedan simply couldn’t compete at the highest level.

Instead Mercedes opened up the program to private teams and over the next few years a number of entries were made to various national rallies and championships. It’s still one of the most obscure factory-developed rally cars to ever compete, and that alone earns it a spot on this list.

Unlike all the other cars here, Jaguar never intended the F-Type Rallye to be a competition car. Launched in 2018, it was simply a technical demonstration, an opportunity for the brand to showcase the versatility of their flagship sports car and hopefully boost some sales.

Although essentially a publicity stunt, the F-Type Rallye is a seriously capable machine, being built to full FIA specifications. It was unveiled to the press in 2018 and select reviewers were given the opportunity to drive it. The car is still owned by Jaguar so hopefully we’ll see it back at events soon.

Any rally fan worth their salt will remember the ill-fated Ford RS200, but most won’t remember that Toyota was building a similarly styled competitor around the same time. The Toyota 222D was scheduled to compete in the 1987 Group S rally championship, but months before its debut the category was dropped.

It was based on the mid-engined MR2 platform, and several fully functional prototypes were tested across Japan and Europe. Toyota had poured a huge amount of development money into the 222D, but faced with the total scrapping of the WRC category, it was forced to abandon the project altogether. Only two prototypes are known to survive, and both are still owned by Toyota today.

These are the most successful WRC drivers of all time

Mark covers a variety of topics for HotCars, from the latest pickups to obscure Japanese sedans. A regular at car shows in the UK and Europe, if there’s an odd model or obscure manufacturer, he probably knows about it. Having previously worked as a radio host, he knows his way around top 10 lists and enjoys writing them as much as presenting them. Mark is a graduate of the University of Sheffield English Department and currently resides in Birmingham, UK.